Promote the company's spiritual civilization and corporate culture construction, enrich the cultural life of the staff, enhance the cohesion and centripetal force of all staff. On May 1, the humanity person harbored the incomparable joyful mood, welcomed the Boai Pipeline Technology Group the sixth staff sports meeting grandly to hold. 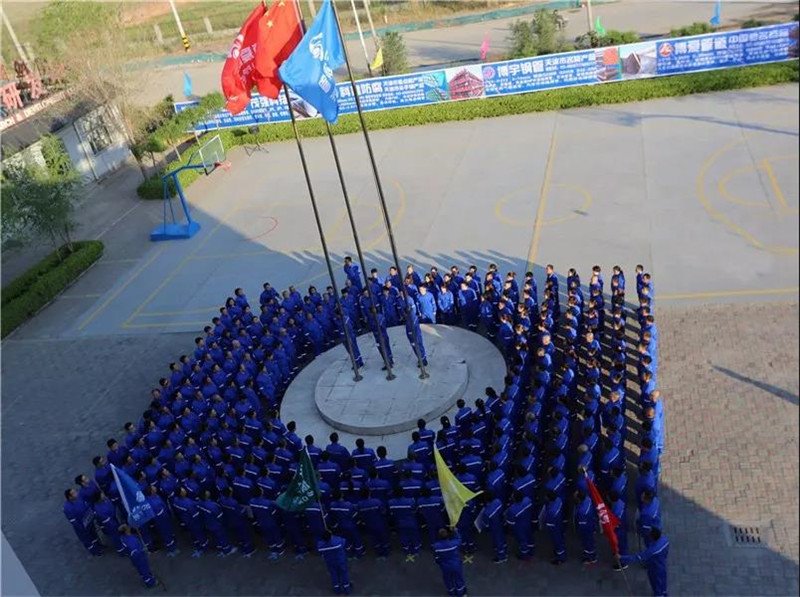 At the opening ceremony, the athletes dressed in neat clothes, Shouting loud slogans, in the "athletes march" with steady and orderly steps across the platform before the President, their fighting spirit, passion heroic state, showing the Boai’s  people working hard, unity and enterprising spirit. After the solemn flag-raising ceremony, guo sanqiang, President of the group, delivered the opening speech for the games. In his speech, President guo said, caring for the life of employees, paying attention to the growth of employees, achieving the dream of employees, has always been an important part of the construction of corporate culture of the group. Games is to group all the cadres and workers uplifting the spirit, the quality of civilization, the image of a team, hope athletes strictly abide by the rules of the game and playing discipline, obey the referee, respect leadership, respect the opponent, with full enthusiasm and high morale into the game, go all out, solidarity and collaboration, go forward, beyond the self, a success. The referee should strictly perform the duties of the referee, be serious, serious, fair and accurate, and do a good job in judging according to the rules of the competition. 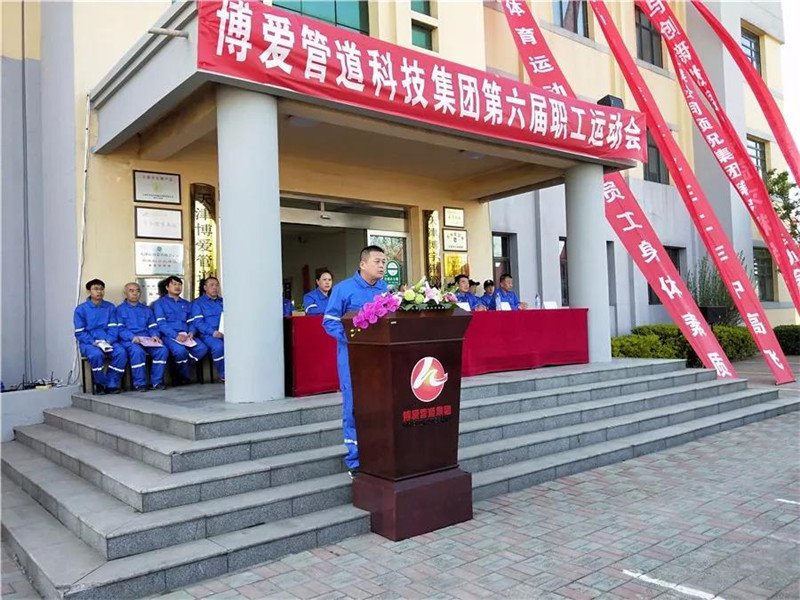 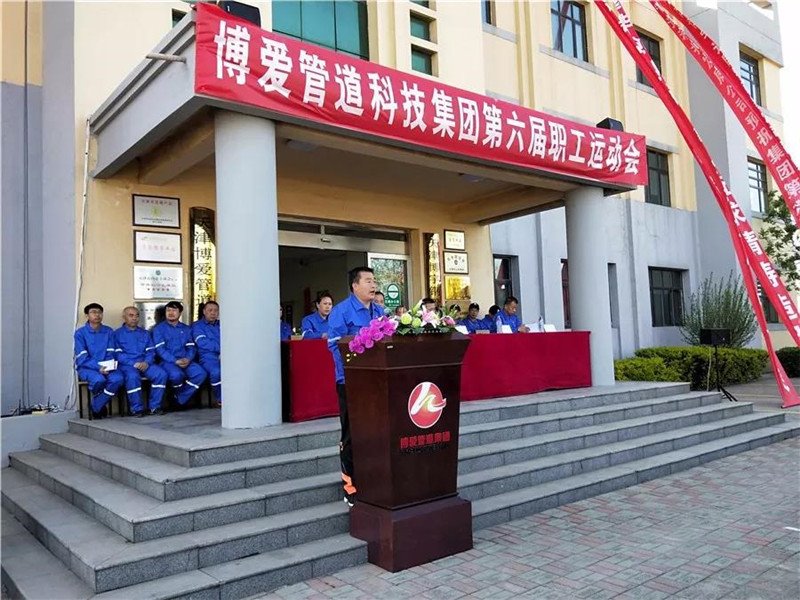 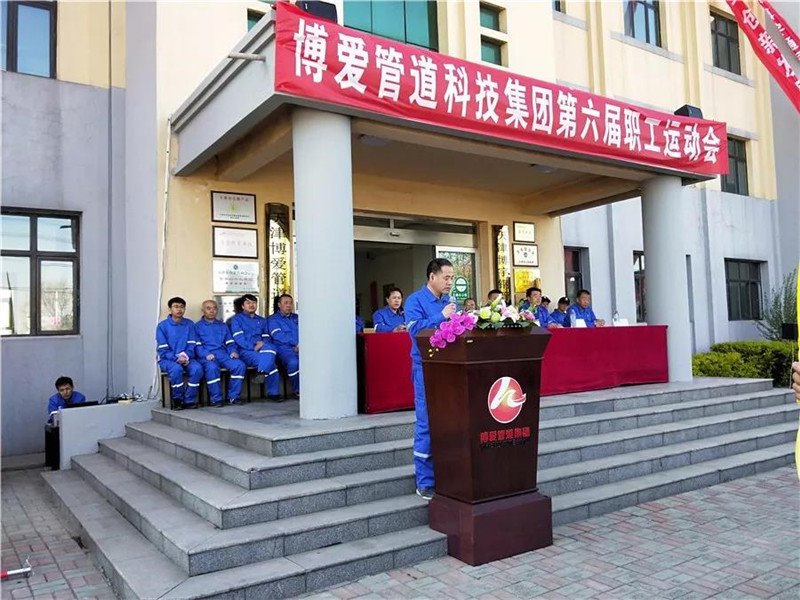 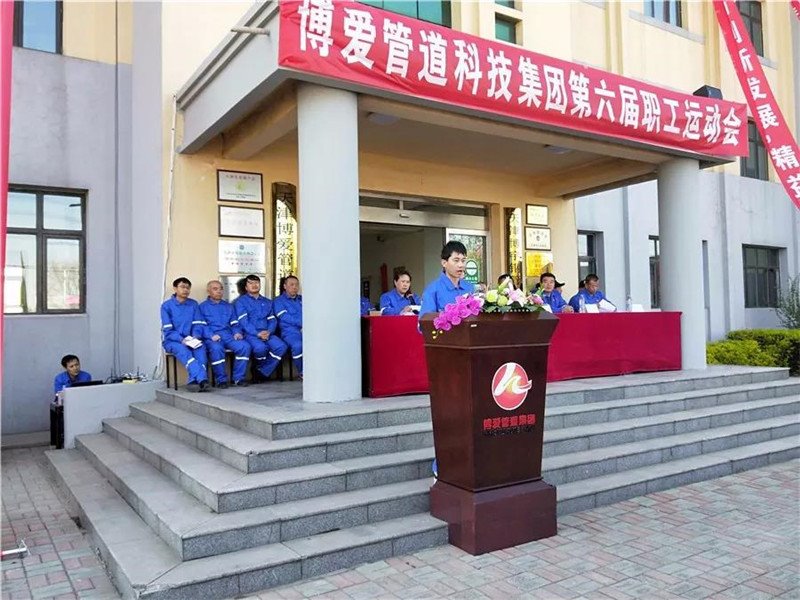 Finally, the group President guo sanqiang wish the conference a complete success, firing a gun to announce the official start of the staff sports meeting. 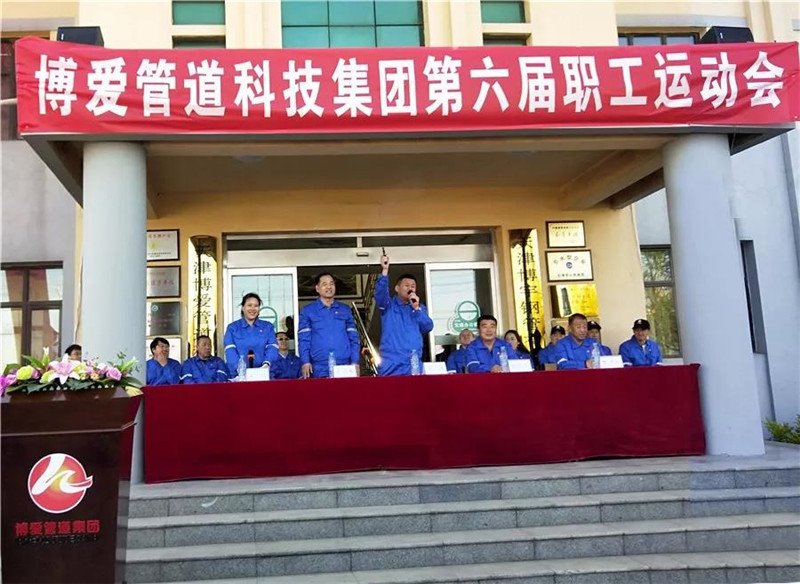 This sports meeting altogether sets up the basketball, the tug-of-war, the heavy load relay race, the football dribble relay race, crosses the mountain to cross the ridge S - shaped relay race, the table tennis, the badminton, carries the sand bag to shoot a total of eight sports, is in the competition has the interesting item activity. Athletes from all branches of the group formed 23 teams, which participated in 8 events.

On the basketball court, the players are vigorous and active, cooperation tacit understanding, grab the ball, pass the ball, orderly cooperation, together for the collective honor. The cheers are deafening, the whole game climax repeatedly, wonderful. 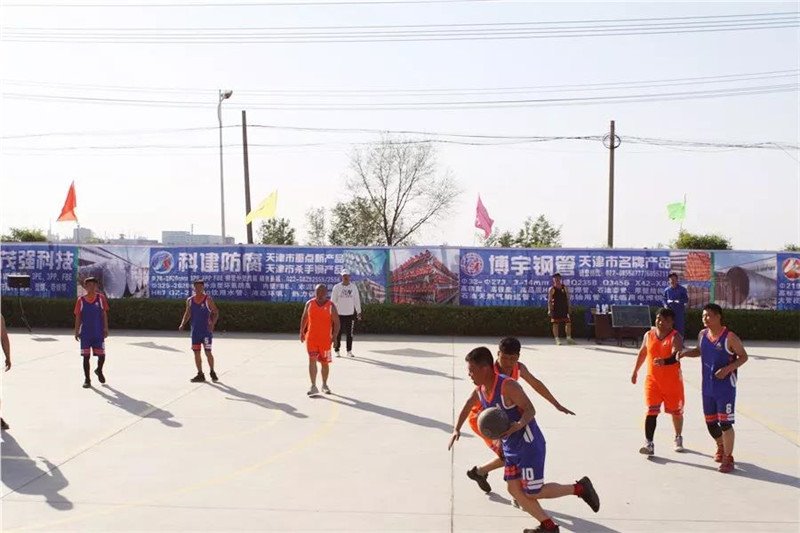 Tug-of-war competition, the referee whistle blowing, accompanied by the cheering shouts, both sides launched the power and spirit of the competition, won a burst of applause, thunderous applause. 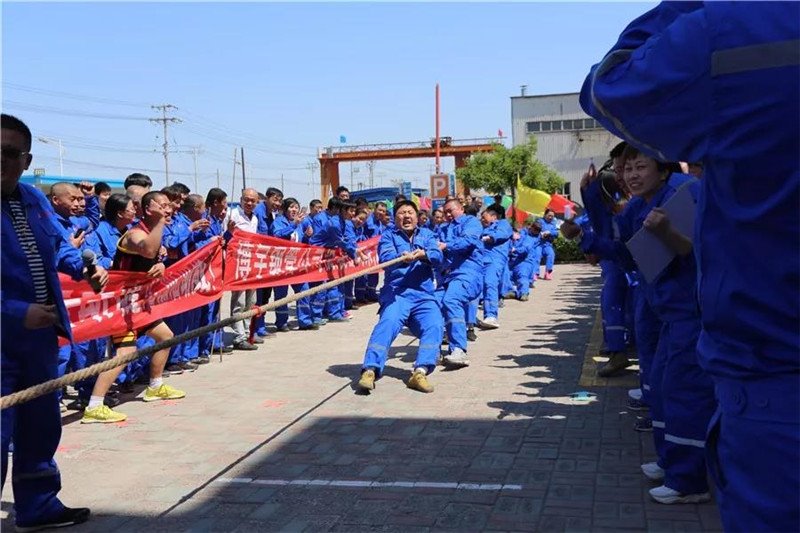 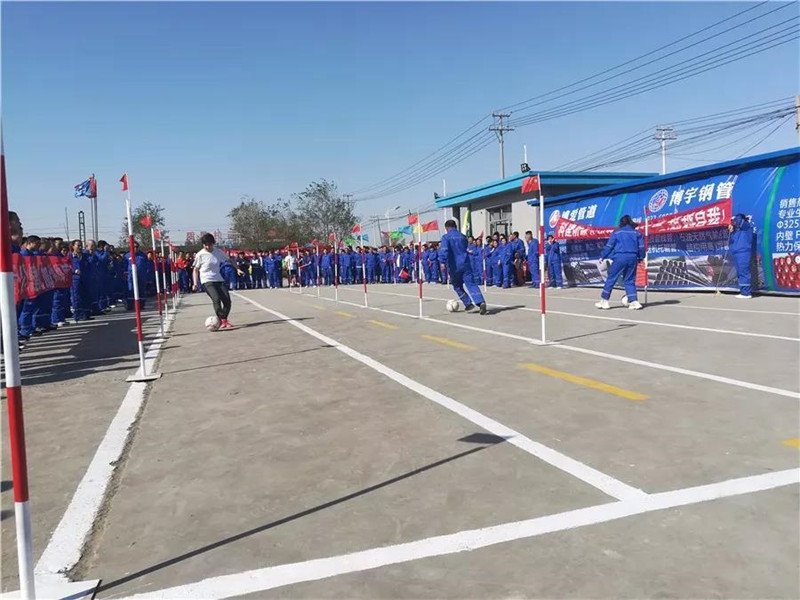 On the field of the weight-bearing relay, the players were excited and full of passion, the referee whistled the moment, rushed out of the starting point to run, around the turning point after rushing back, the handover process is fast and resolute, cheer the whole life to go, fight for the first. 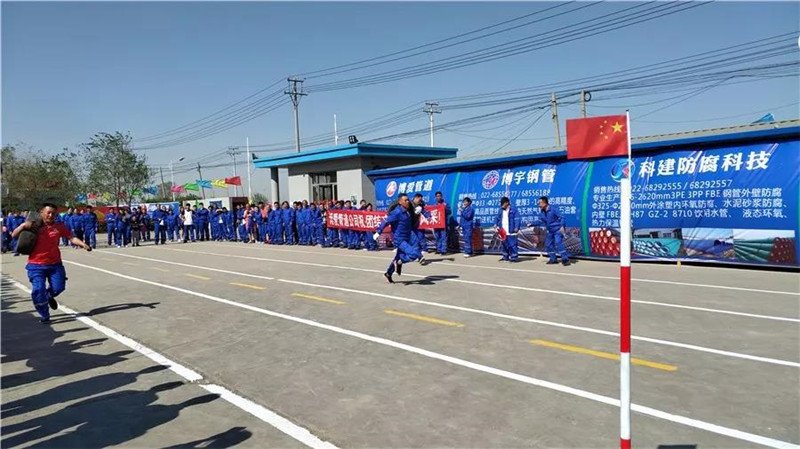 Table tennis and badminton field, players use all the skills, straight push, spin ball, backbeat, the use of various skills, you come to me, the ball in the air to draw a beautiful curve. Athletes look focused, all the feelings of devotion, cheers and applause rang out from time to time. 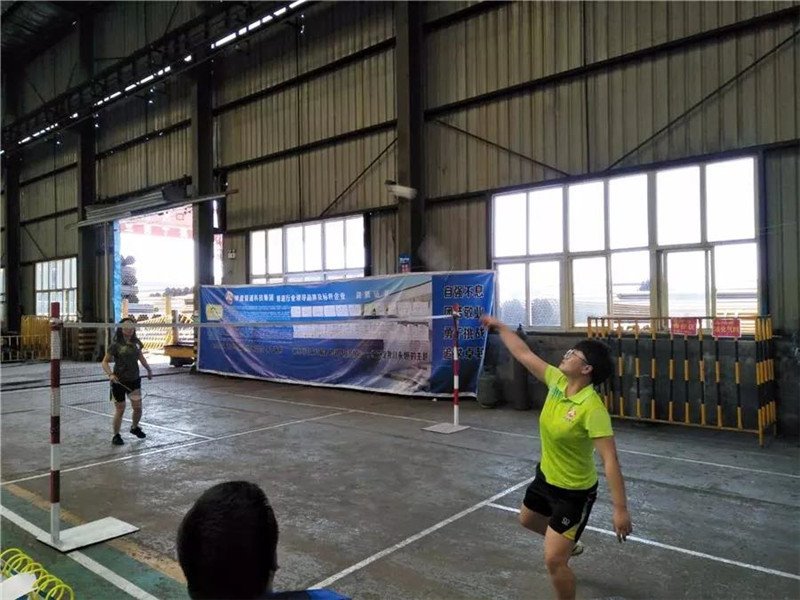 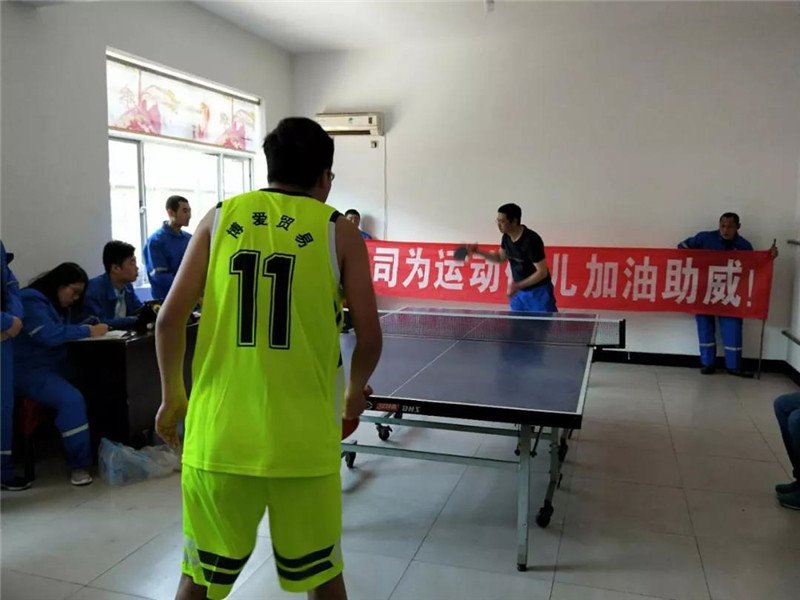 Sports games on the field, show a cheerful, lively scene, staged athletes for the glory of the wonderful moment. Cheerleaders are also full of energy to cheer for the staff on the field, applause and applause with a match schedule, echoed in every corner of the big fraternity home. 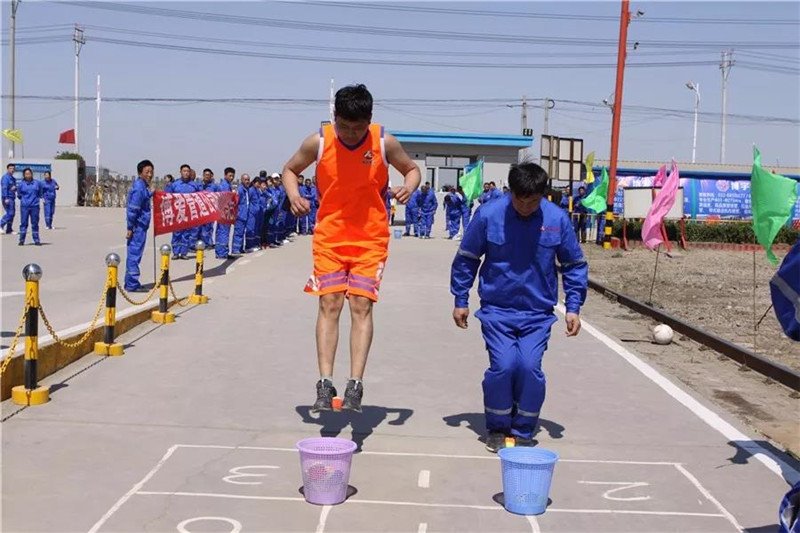 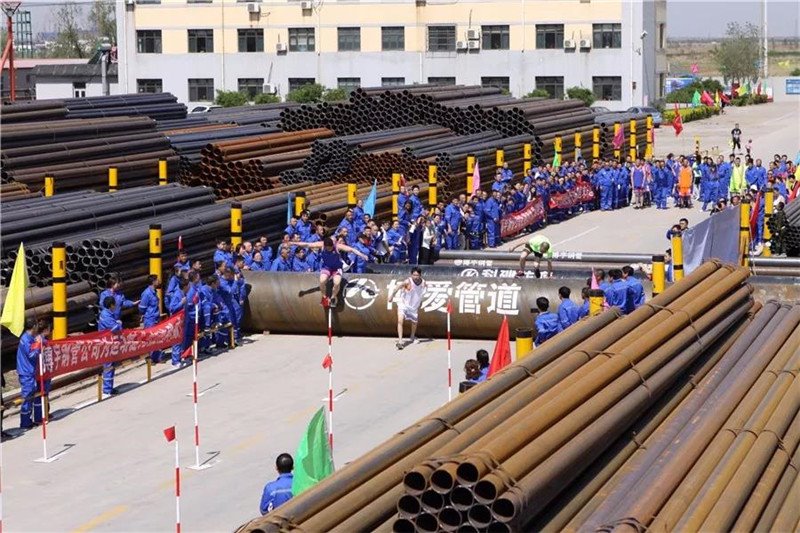 After one day of fierce competition, the sixth staff sports meeting of the group has successfully completed the competition schedule, and each competition item has produced champion, champion and third runner-up respectively.

At the closing ceremony, the leaders of the organizing committee of the games read out the list of champions, champions and third runners-up of the participants and teams with excellent performance, and held the award ceremony.

Group President guo sanqiang to the closing speech of the games. President guo acknowledged the success of the games, congratulated the winning athletes and participating teams, thanked all the judges for their serious, serious, fair and accurate dedication, and expressed his thanks to all the hard work for the games.

The President pointed out that the games are not only a demonstration of individual sports competition level, but also a test of teamwork ability. All athletes exceed their dreams with passion and win success with sweat. Competition out of the style, competition out of the level, hone the will, enhance unity and friendship, enhance cohesion, centripetal force and combat effectiveness. I hope that all Boai’s  people can carry forward the spirit of unity and struggle, indomitable struggle, and forge ahead, and apply the strong will, momentum and competition consciousness in sports to their future work and study, so as to realize the double appreciation of individuals and enterprises.

Finally, President guo put forward that we should be grateful to our boss -- Mr. Guo wenqiang, chairman of the group. We should be grateful to meet, grateful platform and grateful leaders. Fear the rules, fear the team, fear yourself, discard the false and retain the true, to the false and retain the real, do good with conscience, and be a good person with conscience. In the work, all staff to adjust the state of mind, to raise the pattern, set faith, gather passion, strive to forge ahead, the pursuit of excellence. Each team should focus on the goal, clarify ideas, optimize tactics, find methods, promote performance, pragmatic breakthrough, innovation and efficiency. We are a family, a goal, resonance, coagulation heart together, forge ahead, for the group's five years of strategic development plan to win the overall struggle!